There probably isn't a ton of is here, but this is the place to show off your old iron. If its older than 86 or 93 if you're in a full size wagoneer post a picture here.

My dad in his cj5 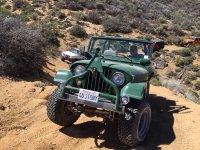 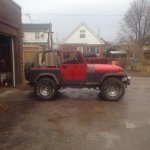 This is my sons first jeep
94 yj 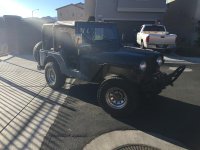 Make me wish I still had my '83 Cherokee Chief.

Here is my 1948 CJ-2A In its original glory pulling out another CJ-2A hulk from the weeds. 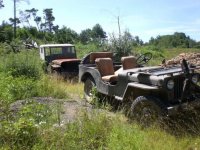 And here she is now after a frame off refurbishment. Sure shes old, but she rocks down the trails! 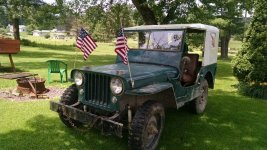 Anyone else still drive their old iron like it was stolen? I would take it easy, but theyre built like tanks, She can take the hits and keep on going! 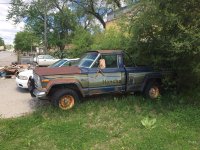 Here is my 70 year old CJ-2A Beast surveying some trail damage after a storm.


HTML:
Edit: Dang, how do you embed videos? Try this link then,
https://drive.google.com/file/d/0B90JJG3yUaYtLUFHWjdTeEpQa1k/view?usp=sharing

My contribution for the day

Been lurking her for a while. Haven't seen this thread until now. 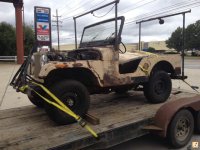 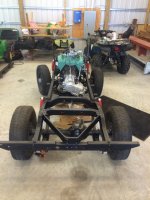 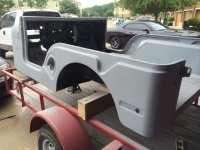 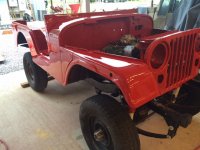 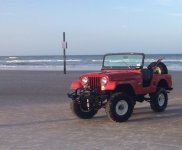 It was touch and go and I was always the brunt end of who's gonna break down first jokes when I started taking it out on the trail. It never left me stranded, nothing a BFH couldn't usually fix. 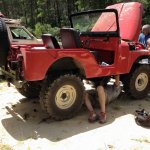 Now it's running great and it's ton of fun to drive, like a tractor off-road. Every now and then I have to lead the guys in the new fancy jeeps around. 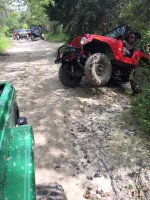 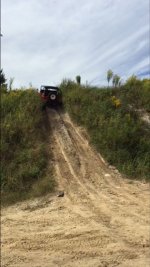 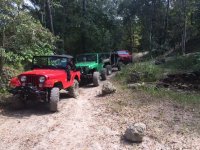 Now it makes me proud to own a new JK. They get along I think. 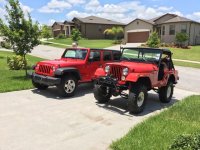 Breer said:
Been lurking her for a while. Haven't seen this thread until now.

WOW!! Sweet CJ5!! You did an amazing job getting her to look so clean. Glad to see you taking it out on the trail too - congratulations :thumb:

Frydaddy said:
Here is my 70 year old CJ-2A Beast surveying some trail damage after a storm.


HTML:
Edit: Dang, how do you embed videos? Try this link then,
https://drive.google.com/file/d/0B90JJG3yUaYtLUFHWjdTeEpQa1k/view?usp=sharing
Click to expand...

Killer rig Breer. You did a great job bringing that thing back to life. I love an early 5. You just gave me goals for my 60. 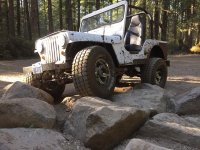 wayoflife said:
WOW!! Sweet CJ5!! You did an amazing job getting her to look so clean. Glad to see you taking it out on the trail too - congratulations :thumb:
Click to expand...

If only I could get it out to Moab... That would be a loooong road trip at 55mph.


holliewood61 said:
Killer rig Breer. You did a great job bringing that thing back to life. I love an early 5. You just gave me goals for my 60.
Click to expand...

Thanks! It's a part of me now. My friends can't understand why I NEED two red jeeps. I'm just trying to figure it where to put a 3rd... I should probably focus on building the JK for a while, apparently the wife needs a place to park or something.
Last edited: Aug 14, 2016

I like the look of the wider tires, this makes me jealous. I tried a set of 12.50's on my original wheels and I think a semi had a better turning radius..

My 48 CJ2A. One of these we'll get started on it and make a new again. Want to make it as original as they day it left the lot. Not sure in a color yet but thinking between Normandy Blue or Picket Gray. 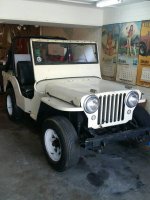 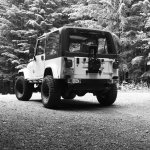 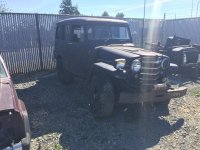 Just found These two old Willys sitting in a junkyard near my work. Wish I had the means to rescue them. 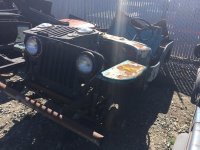 I've posted pics of this 'ol '48 hot rod before. I miss her like an old girlfriend. The '69 high compression 350 and M-22 rock crusher tranny from a Corvette moved it along the highway pretty well. The '73 Warn 25% overdrive coupled to 5.38 gears and a Dana 44 rear held the power and never blew. It always brought me home. The engine was set back 2" for better weight distribution and the front end was alll fiberglass. Disc brakes weren't an option in those days so we put 11" drums on it from a '48 Mercury we found in a junk yard. They really worked well. Steering was 3.0 turns lock to lock from a 70's blazer. I had a brief love affair with a 2 turns set up from a Z-28 but it was way too quick for the short wheelbase and mondo horsepower.
Full disclosure: I did difficult trails but never anything considered extreme today. In 1976 when these pics were taken, suspension tech was way behind what is available today and I'd definitely rethink the location of the mufflers for extra ground clearance. 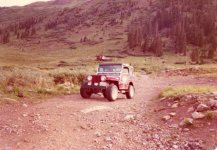 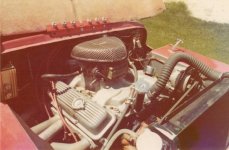