SHOW us the SNOW!!

Staff member
Okay, for those of you who don't live in California or Nevada and have no idea how bad the drought in our neck of the woods has been, this might seem a little over the top but for us, the snow pack up in the Sierra Nevada Mountains is where our water comes from and the more snow we can get, the better. Needless to say, it was super exciting to see some of the white stuff sticking around for the first time this winter and I can only hope to see more of it in the near future.

That being said, I want to see pics of your Jeep in the snow but the catch is, I'd like to see ones that were taken during the winter of 2015-2016. Whether it's just a trace amount of a TON of snow, I'd like to keep this thread updated with as many current pics as possible just so that we can create a record of what this winter was like.

Anyway, to kick things off, here's a shot of Pappy out in his first snow of the year. 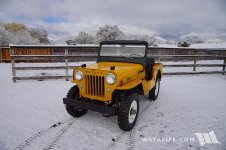 And, here are a few shots of Renny out in his first snow ever and to kick things up a notch, out on the trail. 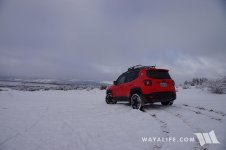 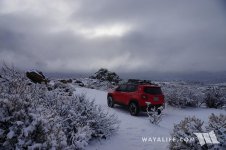 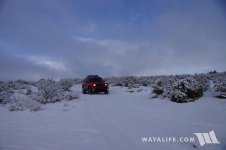 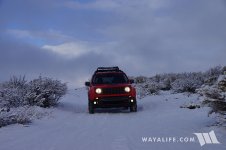 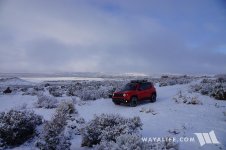 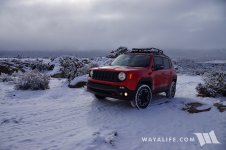 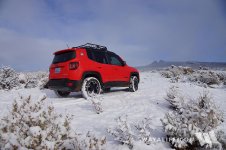 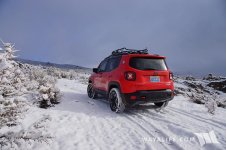 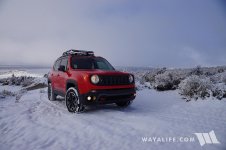 Definitely subscribed to this. Awesome thread

Great shots as always! I cannot wait to have a Renegade of my own. :yup:

Really hoping El Niño is for real and they aren't hyping up something that isn't coming. Snow pack has been pretty lackluster the last couple of years.

I took these yesterday up at Shaver Lake.i was definitely excited to see the snow. Great thread! 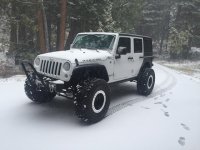 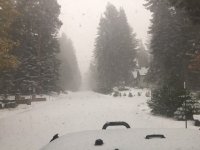 I am patiently waiting for the east coast to get some snow.

Last weekend, just over 11,000 ft. with some Wayalife crew here in Denver. 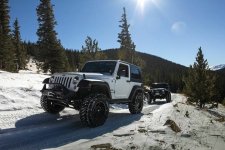 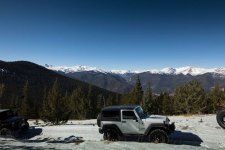 While I am definitely jealous of the snow, I had my front tops off today as it was lower 70s. Taken in all the sun! It was nice.

Great pictures, no snow yet for me to show!

Probably not exactly what you had in mind, but it was a wonderful sight to see on my way to the office this morning. 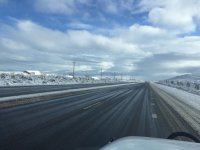 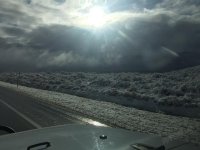 Oh and this little guy was heading out to do some work... 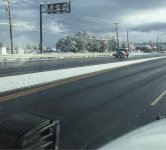 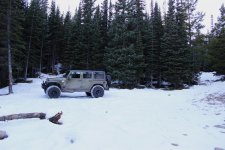 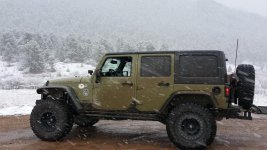 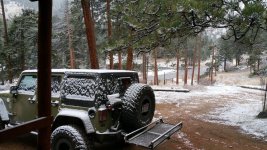 Staff member
Got stir crazy today knowing there was all this snow up the mountains and decided to take more time off today to get up in it and have some fun. This time, we took Rubicat out into the white stuff and here are a couple of pics from the trail. 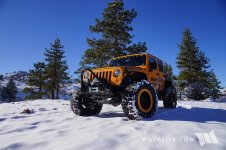 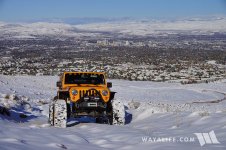 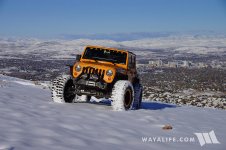 You can see more pics of Rubicat out in the snow by clicking on this trip report link below:
http://wayalife.com/showthread.php?32148-Hunter-Lake-Trail-Snow-Run

So jealous, love the snow. Every time I see Rubicat I almost regret not getting the Dozer color.

wayoflife said:
Got stir crazy today knowing there was all this snow up the mountains and decided to take more time off today to get up in it and have some fun. This time, we took Rubicat out into the white stuff and here are a couple of pics from the trail.
Click to expand...

Wow there are some crazy looking shots in this thread! I'll be adding some around Thanksgiving when I make my trip to WV!

Love the shots of Renny. That red is such an awesome contrast to the snow...you are going to get some pretty spectacular photos this winter.

Just got back from the Sierras. Took my sons up to Hull Creek and Pinecrest areas.... 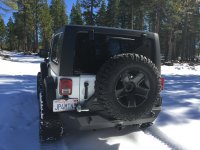 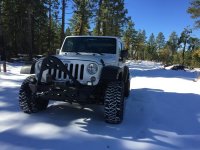 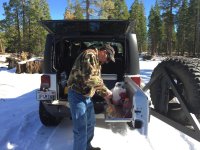