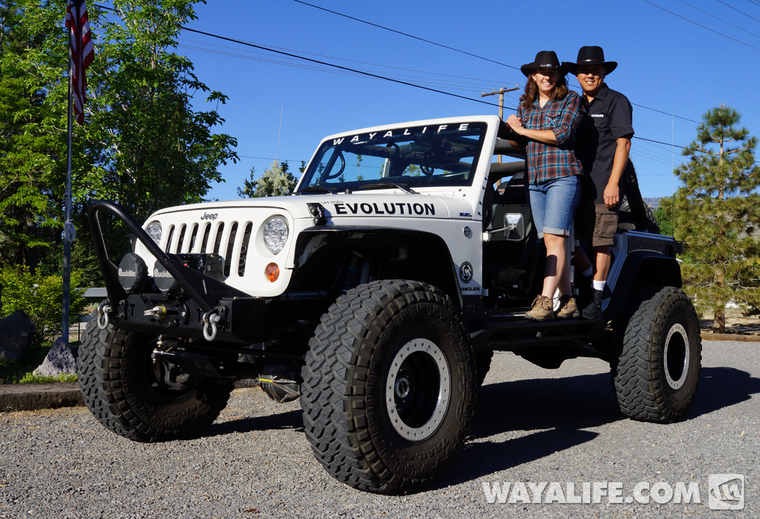 “wayoflife” is a moniker that I’ve been using for 20 years now and I chose it because I think it does a great job of explaining, in simple terms, the passion I have for Jeeps and the Jeep way of life. This is a lifestyle that transcends age, gender and race as the only thing you need to be a part of it is a love for the outdoors, a desire to explore, a yearning to take on a challenge and a will to conquer it. Over the years, Cindy and I have attempted to capture the essence of this lifestyle through photographs and videos and share it with others around the world. And, this is how WAYALIFE was born.

In the past, WAYALIFE was more of a personal website/blog that we kept regarding ALL our jeeps and the Jeep way of life. Thanks to our YouTube videos, we have been seeing more and more of fans come in that don’t have JK’s and we thought it would be nice to continue the tradition of WAYALIFE and make it more open to them – ALL Jeeps.

The Heart & Soul
Cindy and I were born and raised in Southern California and, at the time this was written, have been married for over 20 years. Up until recently, we had lived in South Orange County but our love for the outdoors and exploring the byways, backroads and trails across the west has lead us to our new home in Carson City, Nevada.

The Path We Took
If you can believe it, I graduated from SCI-Arc and have a BA degree in architecture. Soon after graduating, I went to work for an architectural firm and lasted there about half a year before calling it quits and, starting up a graphic design office with Cindy. From there, we got involved in the printing industry and for a period of time, had shop located in downtown Long Beach. We eventually sold that business to get more involved in website development and it was only until recently that our love for Jeeps went from being a weekend hobby to becoming our whole way of life.

Other Projects
In addition to WAYALIFE, we’ve been responsible for the creation and development of Project-JK.com, JK-Forum.com (sold in 2011 to Internet Brands), ToasterJeep.com, JLWrangler.com and 4x4xplor.com.